Absolutely amazing puzzles! i played it till the last level and every level was just great. i would like to play Baba is you 2. great concept and gameplay.  :D (if you're in comments to see how cool this game is, don't go further and download it right now!)

Just wanted to chime in and say that this is the most unique puzzler I've seen in a LONG time and I can't wait for the full version!  Found you via the winner's semis of the Mystery Games Tournament:

Hi, I start the game but only black screen here, did I lack something? BTW I use Win7 system :) 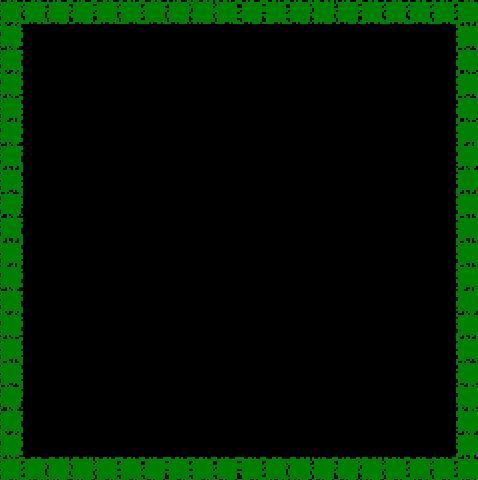 I know that I am late, but this happens when you do not unzip the file and run it directly from the zip folder.

pretty cool concept but sometimes just way too hard.. Will see when the full game comes out

Hi ,  fantastic concept and I have thoroughly enjoyed it.  Sadly we will have to wait until Summer 2018 to buy the full version,  if I understand correctly...  :(

I would like know if anyone can share with me how the editor works.  I think I finally found the 'secret' key on my German keyboard (it seems to be ^).  When I press it in-game I get a red cornered curser and can mess around by dragging and deleting stuff - but that's all I can do - I am clueless.

There are also 3 small white symbols^in the top right corner: a zero, a smiley and an arrow pointing right.  Can anyone offer a bit of assistance please?

Here're the keys used in the editor:
-/+: switch between levels (the zero in the corner indicates which level you're editing)

^ (in your case): switch between editor and in-game

s: save level (I think the smiley indicates if there're unsaved changes in a level)

1/2: change layer (the only point of this is if you want to have several objects on top of each other)

It's all fairly confusing because I made the editor for my own use, but hopefully this helps! :)

Amazing concept ! I can't wait to play the full game.

The level editor is such a great toy too. I spent all my evening making puzzles x-)

Congratulations on making this game, good luck for what's coming, and most of all : THANK YOU for this !

Thank you very much! Super glad to hear you had fun with the game & editor :) The full version is going to have a much more in-depth editor

I'll definitely buy the game when it comes out. It's so great that you're spending time on a new level editor.

Will it be possible to share the levels with the community ? And to download and play levels made by other gamers ?

Should be able to add in either Steam Workshop or similar if you don't want to build your own share system.  Can't wait for to see what the community comes up with too!

I agree, great game and I can't wait for the full version.  Unfortunately I can't get the editor working and was wondering if you'd care to share some of yours?

Hotkeys for level editor are given on the game page.
Some of them don't seem to work, I just tried every touch on my keyboard until I figured out which does what.

I think TAB opens the menu where you can choose which tool you want to use (aka: which game element you want to clone somewhere in the level).

Such an awesome game! BABA IS WIN!

Also, it runs fine on my Mac via Wine. If you want a self-contained Mac version to add to your itch entry, let me know.

Thank you for that tidbit! Glad to hear the lua stuff doesn't break with Wine. :)

Amazing concept, really enjoyable with a great puzzle design! Great take on the "think outside of the box" type of puzzles

chiconuclear, the concept is amazing, but i'm stuck in the 6th screen of the prototype.

Dying to play the full version

Brilliant! I loved it. I'd get a full version for sure.

Thank you :) Working on it!

This looks so cool. Is there any way you can make a Mac version?

I found a Windows machine to play this & loved every minute of it. :)

I really hope there's a way to make a Mac/Linux version of the final game!

Mac version is definitely doable, Linux I'm not as certain about. Hopefully!

Congrats on your release! You even made a Mac version!! <3

This is awesome. I just love this concept. I'm looking forward to the final version and wish luck to the creator of this fresh wonder :)

I love this game.

The game lacks a mute button.

I'll try to make the audio less annoying for the full version! I had only bad earbuds available when making the sounds and that kinda affected things, haha :D

No I mean, it really lacks a mute button. Whatever the game, it should always have a way to disable all sounds so that it can be played while listening to something else.

Oh yeah, this version of the game doesn't really have settings of any kind. The full version will have a proper volume sliders for music & SFX.

What an excellent game. I like how many different ways there are to finish each level, it's very clever.

I also like the BEST word. Sure, it's not used in any of the puzzles, but sparkles are their own reward!

Pointless? I don't think it's pointless. Looking great is a point.

I'll add those letters to the description :) Thank you!

I can't get the menu or the editor to work. I think it's related to keyboard differences?

Unfortunately it seems to be that way :( The full version will have a proper level editor, though, I'm pretty sure!

Oh I sure hope it will, or can you fix the keys not working? I really want more of this game. :U

BTW, you might want to mention that you have to change your keyboard language to Dutch then hit ~ to access the level editor :D

Or alternatively, bind it to a key that's more universal (like F2).

This doesn't work for me, I can't figure out how to get to the editor.

Tip: How did you solve level 9?

On L9 I could change what WALL IS, but I can't do that on L12. They're up against the side, so there's no way to change WALL IS STOP, FLAG IS WIN, or BABA IS YOU. All I have to work with are ICE, SLIP, and EMPTY -- and all I can make them IS is WALL, STOP, BABA, YOU, or each other. Another tip? Sorry that I'm dense.

What the hell? Okay, so I just beat it without really realizing how. Somehow EMPTY IS ICE followed by ICE IS YOU lets me walk through walls? I don't understand why.

You don't walk through walls, you just control all ice on the screen.

this game is good ;D

This is one of the neatest things I've played in a long time.  I played it a couple days ago, I keep thinking about it, and I have been recommending it to people.

I'm very much looking forward to the full version! I'm excited at the prospect of new items and actions, as well as a proper level editor with structure for share-able levels.

Thank you very much! I'm excited to get the full version done as well, hopefully it'll be as enjoyable!

there seems to be a bug

edit: nevermind, i think i figured out why and I might not be a bug

Awesome game by the way

Thanks! The idea is that "Empty is Win" doesn't do anything because as you step on an empty tile, it's no longer empty. Still not totally set on how to approach that behaviour, though!

This game is fucking GREAT

This was so satisfying! Loved it.

Fantastic! Thank you for making this game!

EDIT: for reference, I was playing the not-jam version

Thank you very much! I'm working on a full version. :)

1. That's a very good point; it might be a bit tough to determine if a movement changes anything or not but I'll put it on the to-do list; I guess same goes for walking against a wall and such!

2. Yeah, this needs work; it's a bit tough to decide how to layer stuff when you could have something like Grass is You and need to have it on top of stuff grass usually doesn't go on top of!

3. Not intentional, I've fixed it for the current version but didn't update the itch.io build before I started working on the full version. I probably should do another update to the itch.io version, though! :(

Yeah, the jam version has a bunch of stuff that's handled by the game's code, but the lua part should still allow pretty extensive modding :) (Functions that the game code handles have the prefix "MF_" in syntax.lua!) You can also access the in-game level editor with § (or whatever button you have above tab on your keyboard)!

This is amazing. I can see a lot of potential for interesting puzzles.

I did find a bug where if you undo when "wall is wall" (for example), all the walls disappear until you hit restart.

Thanks for the report! I'm working on a more finished version and bugs like that will be fixed in that; I don't think I'll update the NGJ version further.

This game is so brilliant (: I'm really happy it won, it's well deserved.

Amazing! I think it'd be awesome to see this developed into a full game with a proper level editor to play with, the possibilities are near endless. Including solutions that probably elude the intentions of the creator himself!